Since the late 1800s, the Sisters of St. Joseph have run 125 educational institutions in the Boston area. They founded Regis College at a time when higher education options for women were limited. The mission of providing access to an education based on Christian values and striving for excellence tempered with gentleness endures today on a campus that prides itself on welcoming all without distinction. The school was initially to be located in Newton, Massachusetts, as stated by the original charter of May 27, 1927. However, shortly after this charter was drafted the Morrison Estate on Wellesley Street in the town of Weston, Massachusetts, became available. 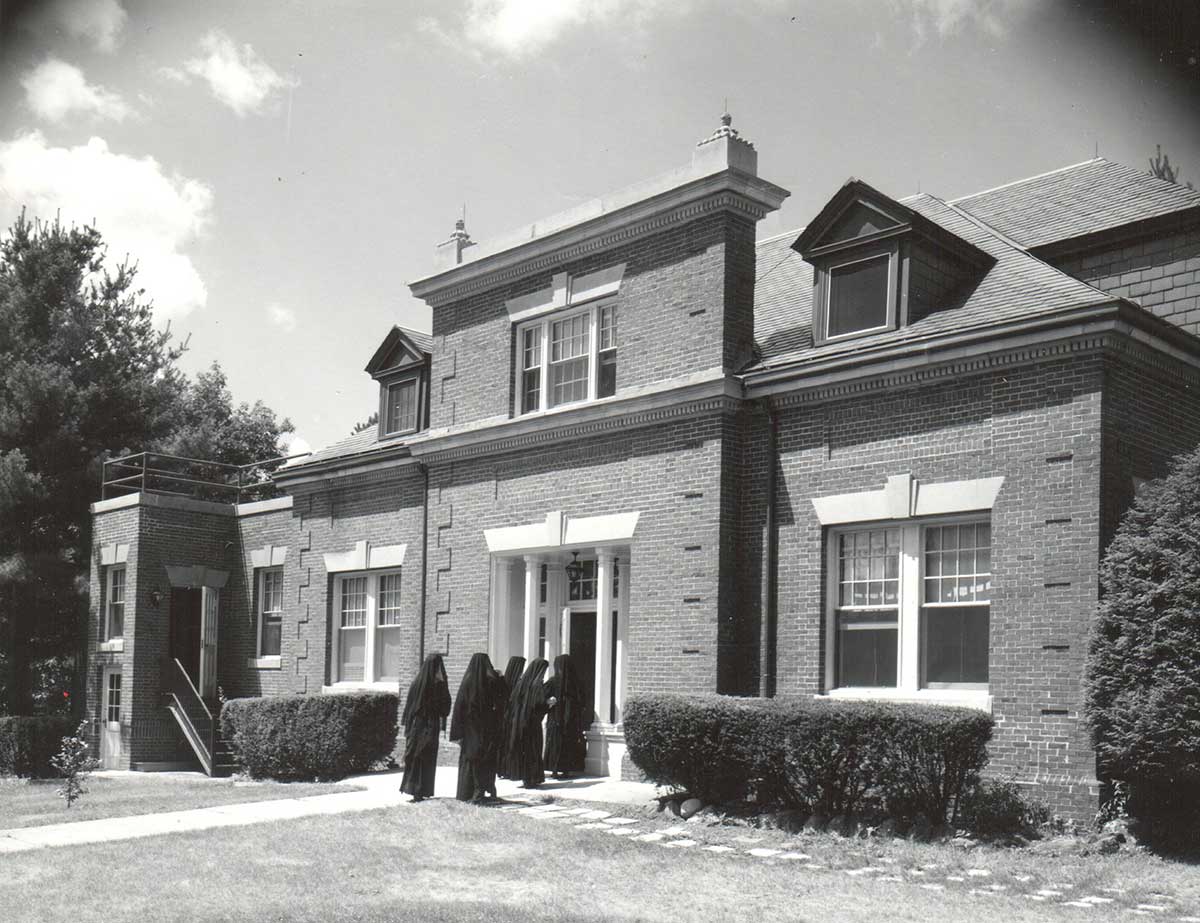 The Morrison Estate, a Georgian mansion built between 1888-1889, was set on approximately 167 acres of land and included a carriage house (Walters Hall), a caretaker’s cottage (taken down in 1992), and the Norman tower built in 1909. “With its beautiful lawns, stately tree-lined avenues, bridal paths, and woodland walks,” the sisters believed the estate to be the ideal location for the college. On June 6, 1927, they purchased it from Fannie Demmon Morrison, who was the only child of Daniel Lake Demmon, a wealthy businessman and the treasurer of a copper mining company. 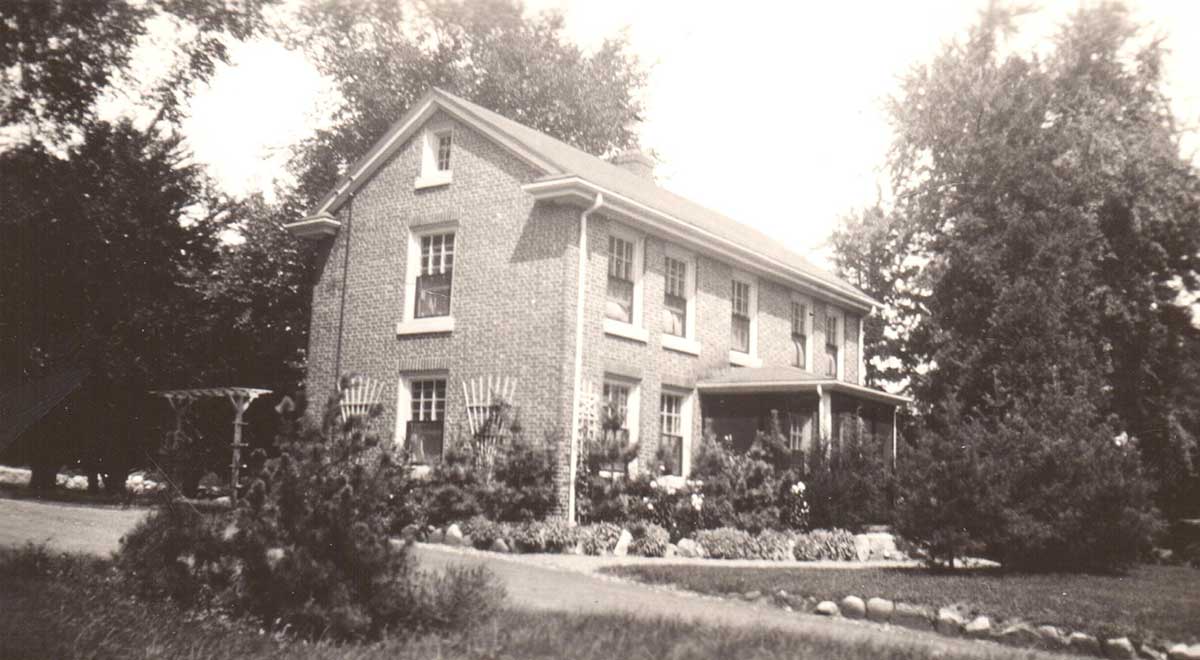 Regis College opened its doors on September 21, 1927. A total of 55 students enrolled in the first class, including 33 resident and 22 day students. 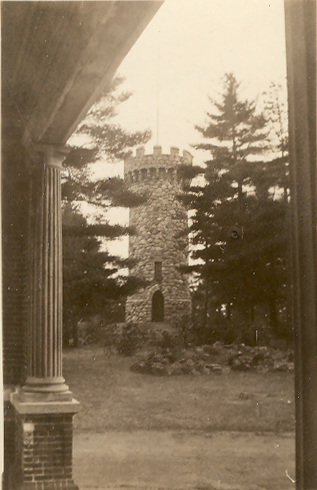 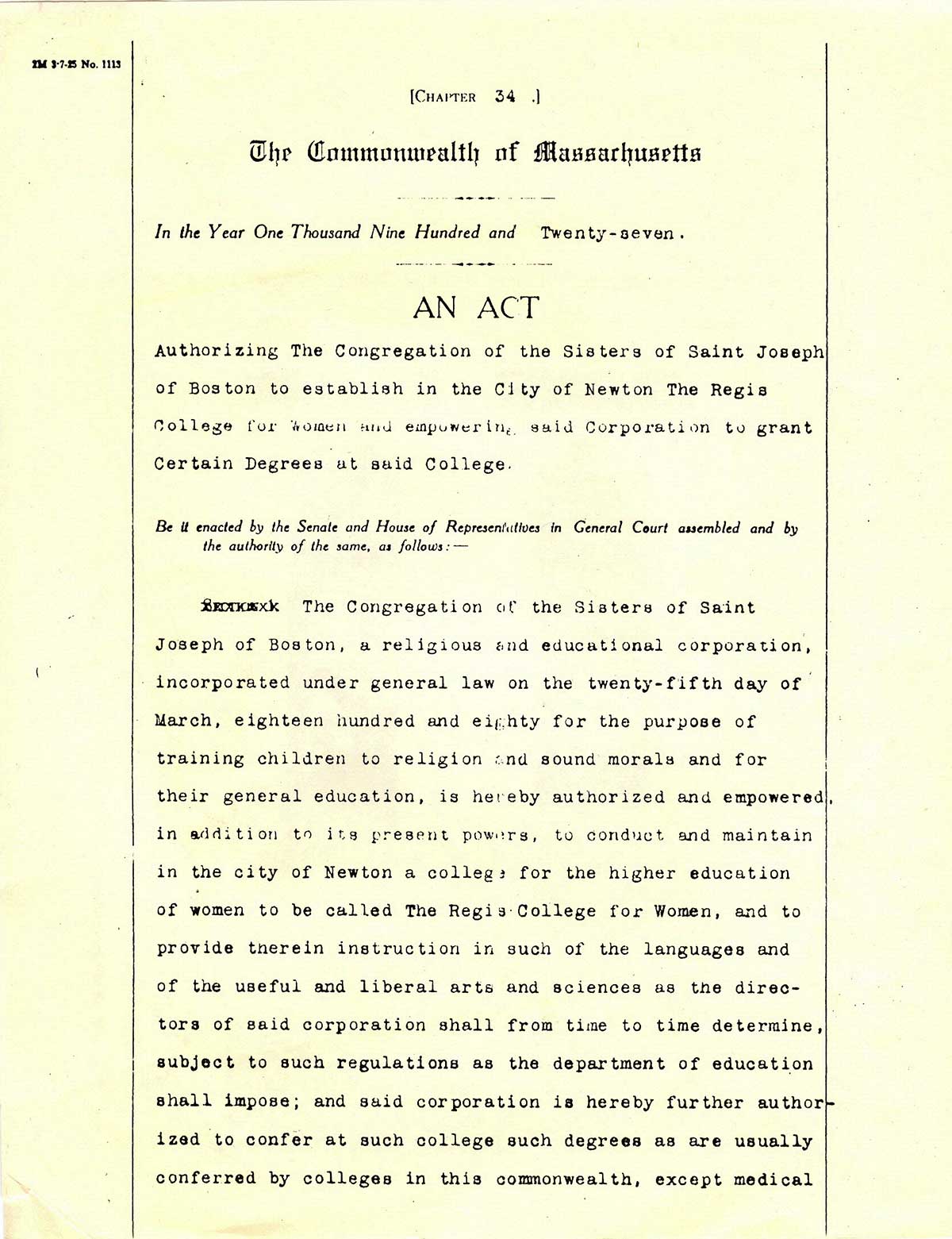