In the early years of the school, Morrison House provided the young university with a chapel, administrative offices, a space for lectures and socials, a reception hall and parlor, a dining room, and residence halls. However, the school’s rapid growth required expansion and, as such, necessary constructions and conversions took place. 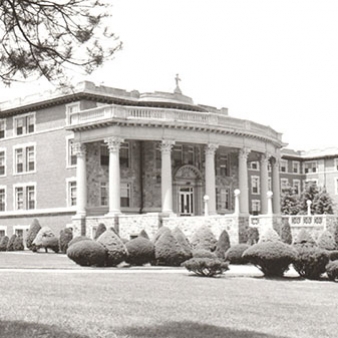 College Hall was the first new building on campus. Construction began in the spring of 1928 and was completed the following fall. The new building featured classrooms, an executive office, a library, an assembly hall, residence hall spaces, a dining hall, and social rooms. A 1930 addition added a gym, chapel, and a home economics department. Additional residence rooms were added to the north wing, making Regis the first residential Catholic college for women built in Massachusetts. 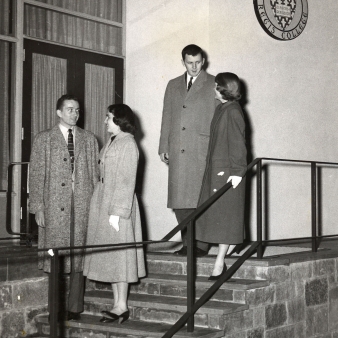 The first decade of the twenty-first century was marked by many major changes at Regis College. One of the most significant changes occurred in September of 2007 when Regis College officially transitioned from an all-female to a coed institution.