“As a senior media, public affairs, and marketing strategist, Michael brings to Regis a wealth of innovative and creative leadership skills and expertise that will strengthen Regis’ brand,” said university President Antoinette Hays, PhD, RN. “I am confident in his ability to further develop a communications and marketing strategy that showcases the Regis mission and vision, especially as we embark upon the implementation phase of the university’s new strategic plan.”

“Through the tireless work of its faculty, students, staff, alumni, and leadership team led by President Hays, Regis College has earned a reputation of excellence among colleges and universities in New England," said Guilfoyle. "Guided by an inspiring mission statement and offering exemplary academic programs, Regis College is positioned for sustained growth and continued success. I look forward to this exciting opportunity to share the enduring and transformative value of a Regis education that emphasizes inclusive and academic excellence and forms students as individuals committed to promoting the common good.”

In his role at Assumption, Guilfoyle created communication strategies and channels targeting several constituencies including the university’s mobile app, parent/family communication campaign, and social media strategy which doubled the size of social communities and significantly increased positive community engagement. He also drafted the institution’s first branding guidelines to ensure consistency of institutional logo, image, and identity. Other projects included contributions to the development of a new university website, management of strategic partnerships such as those with the Worcester Red Sox, and marketing a satellite campus in Rome, Italy, which achieved full enrollment.

At Regis, Guilfoyle will serve as an essential member of the President’s Cabinet and Administrative Council. He will oversee the implementation of a university-wide strategic vision that unifies messaging for Regis and its mission, and meaningfully engages all internal and external constituencies and partners.

Prior to Assumption, Guilfoyle served in a number of senior internal and external communications, marketing, and crisis communications leadership roles in higher education, for Members of the United States Congress, and several nonprofits including the Diocese of Providence, RI.

He and his wife Kristen are residents of Smithfield, RI. They have two sons, one who is entering high school in the fall and another who will be a college freshman in August. 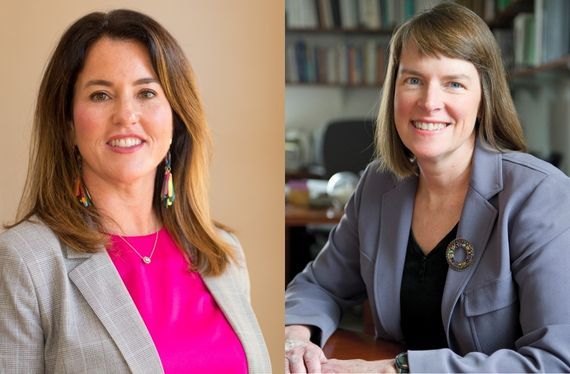 Regis College is pleased to announce Jane Carroll, RN, MS ’05, and Lisa M. Lynch, PhD, have been appointed to its board of trustees.