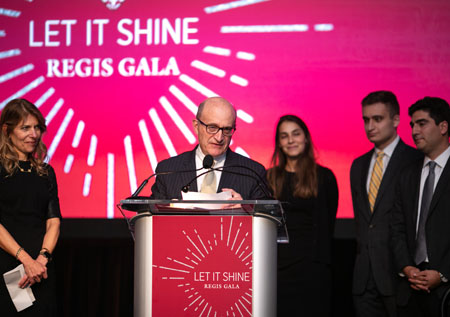 Regis College has named the university’s School of Business and Communication after Marshall M. Sloane, founder of Century Bank. Sloane, who passed away in April, was a dedicated supporter of Regis who received an honorary degree and the Shining Example award from the university in recognition of his tireless philanthropic efforts in Greater Boston.

Sloane’s son Barry R. Sloane, and his daughter Linda Sloane Kay, recently accepted the honor on behalf of their family at the university’s annual Let It Shine gala.

“Regis had no greater champion in the university’s mission to improve lives through education than Marshall Sloane,” said Regis President Antoinette Hays, PhD, RN. “By honoring him in this way, the university is able to ensure that his tremendous legacy will forever inspire Regis students.”

“Linda and I are so humbled by the honor of naming the School of Business and Communication in honor of our dad. He was such a booster of the mission and success of Regis, to have a school named for him would have brought tears to his eyes. He would be justifiably proud,” said Barry Sloane. “Higher education meant so much to him, and the idea that thousands of graduates will bear his name on their diplomas is a fitting legacy to his life of accomplishments, and his credo that ‘Character Counts.’”

Marshall Sloane was born and raised in Somerville. He graduated from Somerville High School and served in the U.S. Navy during World War II. In 1969, he founded Century Bank and Trust Company, a full-service commercial bank focused on the betterment of the community and on providing financial services to small and medium sized businesses. A strong believer in community involvement, Sloane’s extensive work and accomplishments in community affairs have been widely recognized. Sloane was married to his wife, Barbara for 65 years. They have three grown children and nine grandchildren. 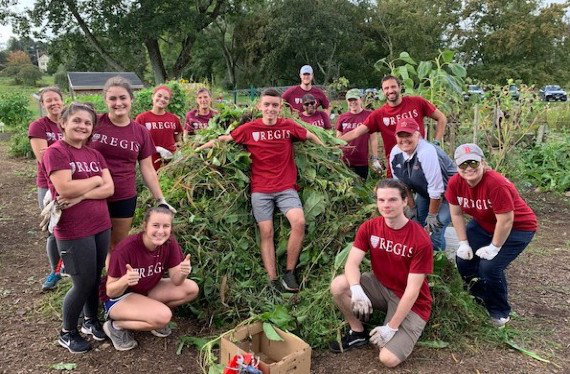 The university’s annual Founders’ Day celebration on Thursday saw hundreds of students, faculty, and staff live out the mission of the Sisters of Saint Joseph of Boston of service to the dear neighbor. 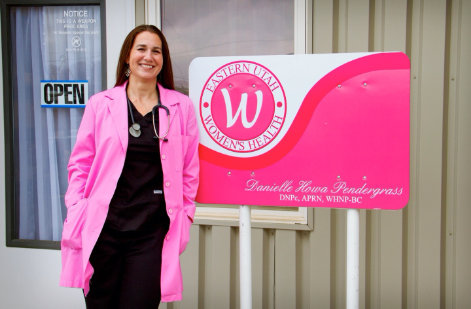 Nurse for a Change

With no legislative experience, Danielle Pendergrass was instrumental in reforming Utah’s healthcare policies. Her message to fellow nurses? “You Really Hold So Much Power Because You are Holding People’s Hands”

For the second year in a row, Regis College received the Higher Education Excellence in Diversity (HEED) Award from INSIGHT Into Diversity magazine, the oldest and largest diversity-focused publication in higher education.