Taking it to the Third Degree

Following a BS and MEd, Septuagenarian Judy Lauch adds “MBA” to her Resume 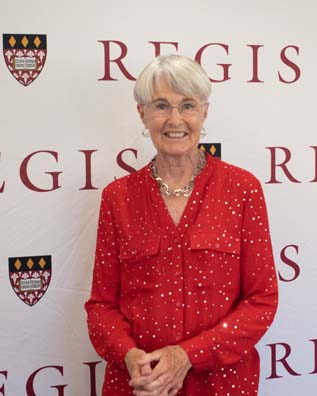 While it’s true that you don’t find many 75 year olds who are pursuing their MBA, this degree is really just the latest in a series of unique--some would say pioneering-- career and personal accomplishments. Born in Cambridge, raised in Waltham, and a product of a K-12 Catholic school education, Lauch began at Regis majoring in math, a rarity for women of the era. When she graduated in 1968 majoring in psychology and minoring in math, it was less driven by professional ambitions than a simple reflection of what she enjoyed studying, but fortuitously, a career followed. IBM, the dominant force in technology at the time, came to Regis, then a women’s college, searching for software engineers.

“They needed to recruit their future software engineers, and to get a mix of males and females, recruiting at an all-female school was forward thinking of them,” Lauch recalls. “I never heard of system or application software developers before IBM's visit to campus. I was never intimidated by the thought of joining what sounded like a male profession, as I was taught by extremely bright and independent women!”

It was the beginning of a successful 31 year career with “big blue,” after which she served on boards and volunteered for YWCA Boston, The Community Builders, Inc., City Year, and the Boston Symphony Orchestra.

A former member of the Regis board of trustees who considered herself retired, Lauch returned to seek an MEd in Student Success (MEd-SS) and an MS in Professional Business Administration.

“Once I became intrigued by, and enrolled in, the MEd-SS program, I thought about an MBA,” she explains. “Throughout my IBM career I had always admired others with an MBA degree but it never felt like the right time for me to take an educational leave from IBM to gain the degree. I was advancing well within the company without it. But when I spoke with Dean [William] Koehler, I realized it was the perfect time for me, and Regis had the perfect opportunity.” 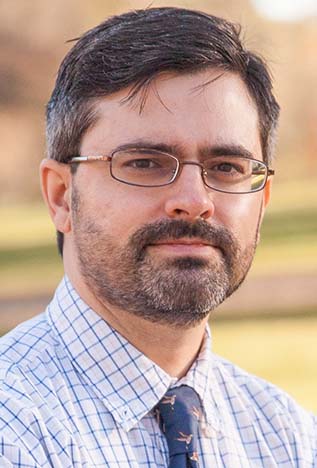 Associate Professor of Management and Economics and Department of Business Management chair at the Marshall M. Sloane School of Business and Communication, Judy represents a different kind of student. Perhaps surprisingly, Christie finds that teaching in the MBA program, where many students do not have a business background, is no more challenging than teaching business students. “Being full-time in the workforce has exposed most of the MBA students to the day-to-day functions of businesses,” he explains, “and so even new material can be grasped fairly quickly.”

Since the Regis Professional MBA program is open only to its students and graduates, Christie also finds that “the students are already familiarized with Regis and how things function, as well as the culture of the school, so it seems like there is less of a transition type of period and they are ready to hit the ground running in many ways.”

Despite this benefit, Christie says he “would like to see the program eventually be offered to the general public. The MBA is the most popular graduate degree on Earth so there is demand and the existing online/asynchronous structure of our program makes it highly accessible to those who otherwise would not be able to access a Regis graduate business education due to otherwise limiting factors such as time zones, work/life schedules, and geography.”

Lauch says her MBA courses “have all been exactly what I hoped for and more!” Yet for now, she is focused on applying her MEd to help with early detection of reading difficulties. However, she adds, “I strongly encourage other alums to consider this path whether one sees the degree as a well needed career stepping-stone or to modernize ones' knowledge.” 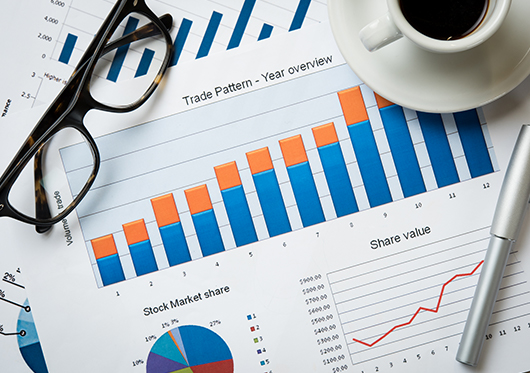 In a Class of Their Own: MBA Students at Regis find a Purposefully Personalized Program

As the inaugural cohort of the new Regis Professional MBA discovered, they are the most tangible difference between the program at their alma mater and the generic degree available elsewhere.

Unlike generic MBAs, the online curriculum of this unique program was developed to meet the rapidly growing needs of professionals in non-business fields, such as healthcare, education, social service, communication, and life sciences. 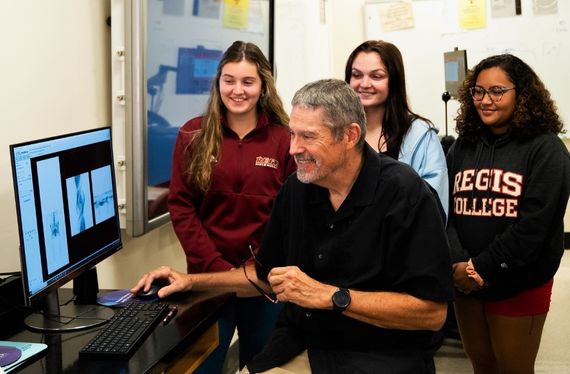 Regis received a donation from Hermes Medical Solutions of a molecular imaging/nuclear medicine software that provides Regis students the opportunity to learn on the latest medical imaging technology. 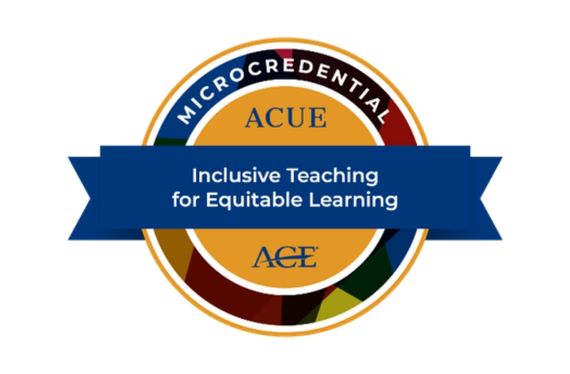 Twenty-eight faculty and staff members across the university earned a nationally recognized teaching credential, Inclusive Teaching for Equitable Learning (ITEL), offered by the Association of College and University Educators (ACUE). 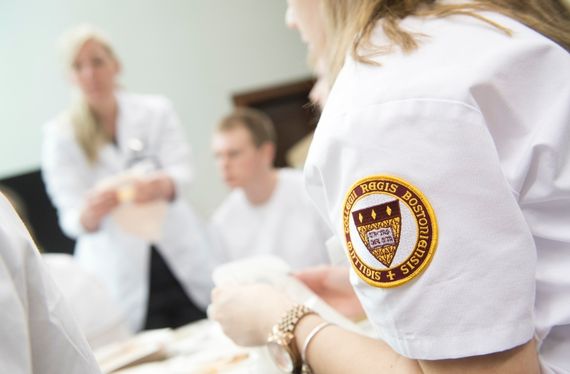 Regis was selected as a 'Top 10 Best Nursing School in Massachusetts' after a panel-review considering numerous factors including reputation, NCLEX pass rate, tuition, and acceptance rate.