The Boston Globe: Pam Roecker hopes to lead Regis athletics to next level

Regis, a leading Catholic university in Greater Boston, named Pam Roecker its Dean of Athletics. Roecker, a 30-year collegiate administrator and coach, will lead the university’s transition to the Great Northeast Athletic Conference (GNAC). The new post oversees the athletic department consisting of 18 teams in the NCAA’s Division III.

“Athletics is a core component of our identity at Regis and we’re proud of our tremendous success in the classroom and on the field,” said President Antoinette Hays, PhD, RN. “Having Pam join our team will ensure our future success during this exciting transition to the GNAC.”

“This is the most dynamic, exciting, and vibrant time in the university’s history and I am thrilled to be leading this program into its next chapter,” said Roecker. “Dedicated coaches, talented administrators and staff members exhibit a daily commitment to providing every student-athlete with a competitive, supportive and challenging NCAA Division III experience that is consistent with our mission.”

For the last 15 years, Roecker has served as a television broadcaster for college basketball games on major networks including ESPN3, Comcast SportsNet and NESN.

During that time, Roecker also served as the Director of Athletics and Recreation for GNAC member Emmanuel College in Boston from 2003 to 2015. She most recently held the same position for Gann Academy in Waltham. 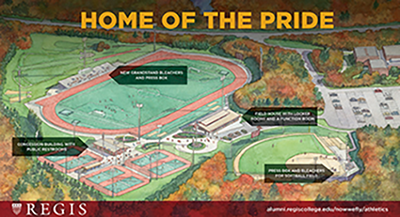 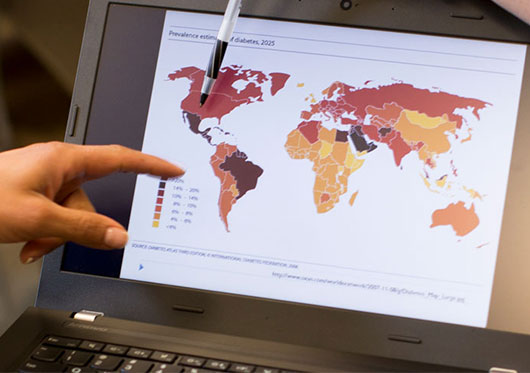 Regis Kicks Off Academic Year With New School and Programs

Regis, a leading Catholic university in Greater Boston, will kick off the 2017 academic year on Sunday with 275 first-year students arriving on campus. 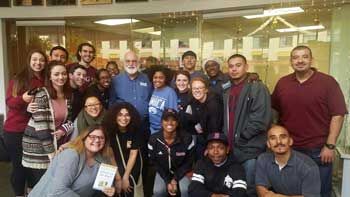 Regis students use break to serve communities both near and far

Students at Regis, a leading Catholic university in Greater Boston, have been busy during the winter break; not skiing or snowboarding; but doing community service.