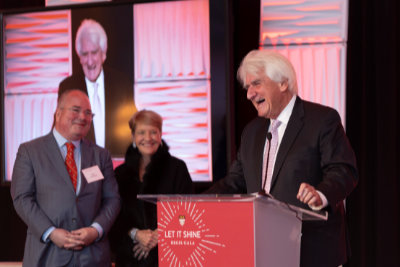 The university also honored trustee Thomas P. O’Neill III for his dedication to public service, Catholic education, and the university

More than 230 people attended the in-person event at the Four Seasons Hotel Boston, chaired by President of Congress Wealth Management Paul Lonergan. Guests were required to be fully vaccinated in order to attend.

Since it was launched in 2016, Regis’ Let It Shine Gala has raised more than $4.5 million for student scholarships. More than 95 percent of Regis undergraduate students receive scholarships or financial aid, and more than 30 percent are Pell Grant eligible.

“As a member of the Regis community for 35 years – and as president for more than 10 years – I have always known that an investment in Regis students is a strong investment in the future,” said Regis College President Antoinette Hays, PhD, RN. “Our students graduate with a deep desire to serve others in a way that makes the world a better place for everyone.”

Ells Mine Saint Paul ’23, a biomedical engineering major and first-generation student, was one of two Regis student speakers who shared her experiences at the university, and the importance of her scholarships.

“I came to Regis because it offered me that sense of belonging and hope through the values and character the school upholds,” Saint Paul said. “Diving deeper into the pillars of the school, I realized it was more than just a school. It was a place that saw me, and a place that I could strengthen the core of my personal norms and values.”

This year’s honoree and Shining Example Award recipient was Thomas P. O’Neill III, a Regis trustee since 2014. A former state legislator and lieutenant governor of the Commonwealth of Massachusetts, O’Neill’s work has long focused on the intersection of government, business, and nonprofit causes. He was instrumental in Regis’ successful $40 million Now We Fly comprehensive campaign, serving as one of the campaign’s co-chairs.

Regis is grateful to all sponsors, committee members, and guests, including top sponsors the Regis Board of Trustees, the Domitilla Society of former trustees, Thomas and Shelly O’Neill, Bank of America, the Marshall-Glocker Family, Bill and Jane Mosakowski, and Brian Young.

There is still time to make a gift by visiting the Let It Shine website.

As the nation experiences an acute nursing shortage, Regis College has received two grants to increase access and affordability for nursing students and train nursing faculty.

Regis College has once again received a more than $1 million grant from the Nurse Faculty Loan Program to help offset tuition costs for Doctor of Nursing Practice graduates. 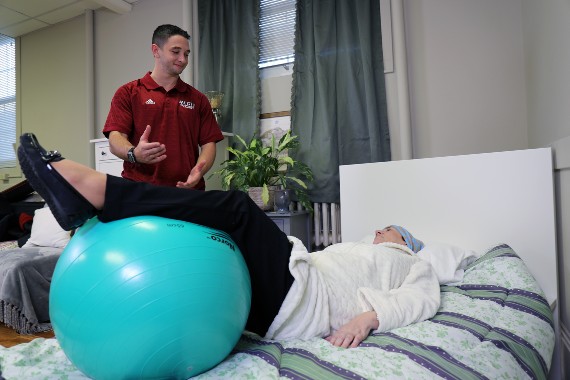 The award from the U.S. Health Resources and Services Administration allows health science and nursing students to work and train in community health centers that care for the most vulnerable underserved populations.