Regis College held its seventh annual Let It Shine Gala on Oct. 27, raising more than $600,000 for scholarships that will help provide greater access to higher education for students with a demonstrated need of assistance. More than 230 attended the event at the Four Seasons Hotel Boston, which was held in honor of Courtney Horvath ’06, PhD, DABT.

“Through the generosity of Regis alumni, friends, faculty and staff, the annual Let It Shine Gala is an important event to raise funds for student financial aid,” said Dr. Hays. “The gala is one of many efforts by Regis to increase access to higher education. All undergraduate students at Regis receive some form of financial aid and we are proud that the funds raised at our Let It Shine Gala will help to defray their tuition costs.”

Biology major, first-generation student, and scholarship recipient Hanna Barry ‘22 spoke about her experience in the STEM labs at Regis, where she worked on an independent study focused on the early detection of ovarian cancer.

“My incredible experience in the Regis lab empowered me to believe in myself, and after graduation I joined Aktis Oncology, a biotechnology company pioneering the discovery and development of a new class of targeted radiopharmaceuticals to treat a broad range of solid tumor cancers,” said Barry. “It is clear to me that doing this research as a part of my undergraduate degree was incredibly valuable as I launched my career, and I am grateful that Regis provided an inclusive space for me to learn the valuable lessons and skills needed to start my work in industry.”

Bryan De Souza ‘25 spoke about his experience participating in service and his dream of becoming a nurse.

“Regis has changed my life for the better already. Participating in service on Founders’ Day positively impacted me because I felt like the community really embraced me with open arms. I feel like I belong here,” said De Souza. “I’m studying nursing because I am passionate about mental health and erasing the stigma around it, especially in communities of color similar to where I grew up. I have dreams of becoming a psychiatric mental health nurse practitioner who incorporates music into his practice, and I know Regis and my scholarships will help me achieve that."

This year’s honoree and Shining Example Award recipient was toxicologist and childhood cancer research advocate Courtney Horvath ’06, PhD, DABT. Dr. Horvath is currently the Head of Strategy, Planning and Operations for Translational Medicine at Novartis. Throughout her career, she has been involved in the development of biopharmaceuticals across various therapeutic areas and modalities. As the parent of a pediatric cancer survivor, Dr. Horvath was inspired to become a passionate advocate for childhood cancer research and is now a national speaker on this topic. In June, she shared their family’s story in a TEDx Talk called “Surviving the Cure” which addresses the topic of childhood cancer and toxicity. Her son Colby was also featured on ABC’s Good Morning America during which he and his family shared their story.

“My time at Regis was so formative in who I have become as a scientist, leader, and advocate,” said Dr. Horvath. “The faculty at Regis saw potential in me that I never saw in myself and gave me the foundation and confidence to pursue my PhD and, ultimately, a successful career in research.”

Regis is grateful to all sponsors, committee members, and guests, including top sponsors the Regis Board of Trustees, the Domitilla Society of former trustees, Pearson, Dr. Ali Shajii and Dr. Haleh Azar P’21, and Brian Young.

Since it was launched in 2016, Regis’ Let It Shine Gala has raised more than $5 million for student scholarships.

There is still time to make a gift by visiting the Let It Shine website. 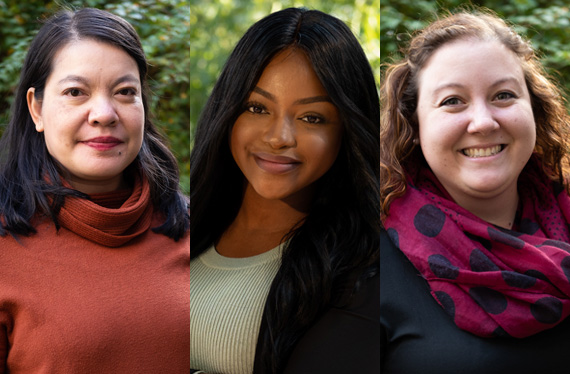 Statement on Mass Shooting in Colorado S​prings, CO and Recent Acts of Anti-Semitism​ 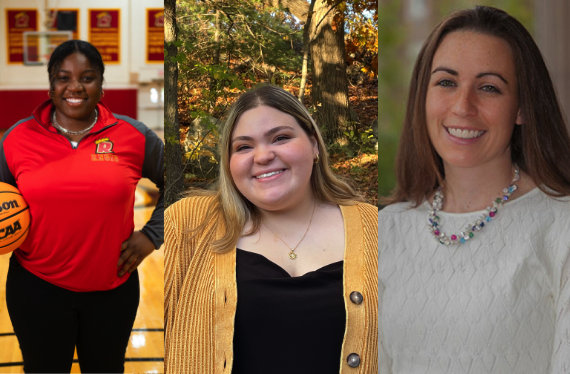 Do You Really Need a Master’s Degree for Communications?

These graduate students discovered a program that put them on track for careers in non-profits and sports.