More than 750 students graduated from Regis College on Saturday with degrees ranging from associate to doctoral levels. The university celebrated its 88th commencement at Blue Hills Bank Pavilion in Boston and presented award-winning actor Diane Guerrero and philanthropist Jack Connors with honorary doctorates of law.

In her keynote address, Guerrero urged graduates to create opportunities for themselves, face uncomfortable truths, and use their voices to push for meaningful change.

“It does not do any good to remain silent. Whether we are talking about ourselves, our immediate community, our community as Americans, or as the Class of 2018, we all want a better world,” said Guerrero. “And that means fighting through the discomfort, fighting through the taboos, fighting through the vulnerability and shame, being okay with not having the answers. We are all here because of a community who has believed in us. We got a break and not everyone gets that. Those treated unequally, the disenfranchised, we must unite to be the community who believes in them. That’s what I learned from Regis. And we cannot unite by remaining silent.”

Guerrero, a former student at Regis, is best known for her role in CBS’sSuperior Donuts, the award-winning Netflix seriesOrange Is the New Blackand on CW'sJane the Virgin. Her memoir,In the Country We Love, details her life as a citizen daughter of undocumented parents, and her years-long struggle to deal with the consequences of the broken immigration system.

Guerrero is a nationally sought-after speaker making appearances at universities, galas, and Boston’s 2017 July 4th Oration. In 2015, she was named a White House Ambassador for Citizenship and Naturalization. She has also worked with the Immigrant Legal Resource Center; Mi Familia Vota, a nonpartisan Latino civic engagement organization to promote immigration reform and voter registration; and is a National Museum of the American Latino partner.

“I now know life is about giving yourself opportunities. And whether you fail is not the point because failure is essential to success,” Guerrero added. “Your unique perspective is invaluable in this fight for a better world. Your voice, your story and your work can change the course of history.”

“Diane’s commitment to immigration reform and her fierce dedication to providing a voice to the voiceless reflects the values of her Regis education,” said university President Antoinette Hays, PhD, RN. “I can’t think of two better people than Diane and Jack Connors to inspire our graduates as they go out into the world. It’s exciting to have Jack as part of our family and an honor to welcome Diane back home to Regis.” 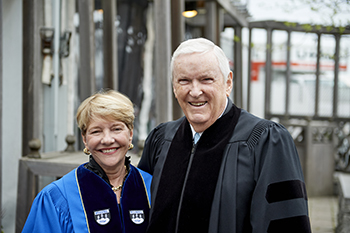 Connors is a founding partner of Hill Holliday Connors Cosmopulos, one of the country’s largest advertising agencies. Connors is also a noted community and philanthropic leader who started Camp Harbor View with the help of the late Boston Mayor Thomas M. Menino. The camp, set on Long Island in Boston Harbor, provides a safe haven for 900 city youth each year and a supportive year-round program for the kids and their families.

Boston Magazinenamed Connors one of the most powerful people in Boston, and he has been a major force behind initiatives such The Edward M. Kennedy Institute. In 2007, Connors launched the Campaign for Catholic Schools with the goal of strengthening Catholic schools in Greater Boston’s urban neighborhoods. He has also been an ardent supporter of Catholic higher education and his enthusiastic auctioneering at the university’s annual gala has helped Regis raise millions of dollars for student scholarships.

Connors served as Chairman of the Board of Directors of Partners HealthCare System for 16 years and became Chairman Emeritus in July 2012. He has served on the Boston College Board of Trustees for more than 30 years and was chair for two terms. Currently he serves on the boards of Partners In Health, the Home Base Program, Beyond Conflict, Harvard Medical School, and Harvard T.H. Chan School of Public Health.

“Regis plays an important role in the greater Boston community and I was honored to be a part of this year’s commencement celebration,” said Connors. 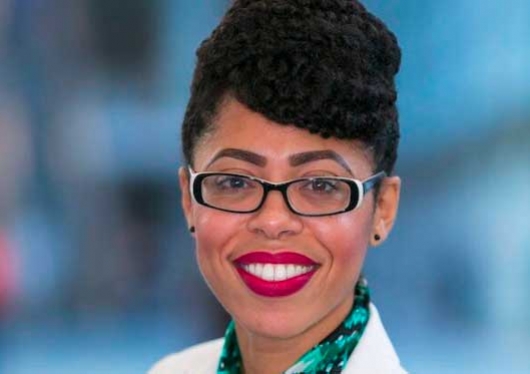 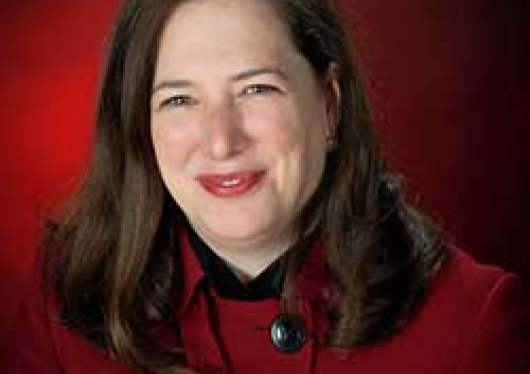 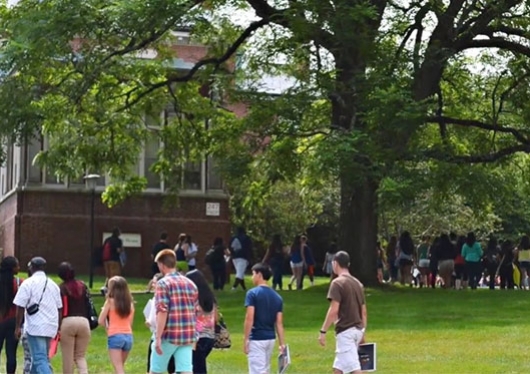