In a Class of Their Own: BPS Educators

As educators in the Boston Public School (BPS) system, Sadiya Burdette, Lauren Skerritt and Jennifer Williams Abdal-Khallaq are about to get shorter job titles. In fall 2020, at the height of the pandemic, they began a bachelor’s completion program for BPS paraprofessionals at Regis College. In May, they became the first cohort to graduate with their BA. Now, they will remove the prefix from their role as paraprofessionals. Lauren and Jennifer will begin new jobs at BPS while Sadiya will complete her commitment to the student she has been working with before considering a teaching position. All three will make a seamless segue to the MEd in Special Education in pursuit of an advanced degree.

This past year, Skerritt floated between a first and second grade classroom at a BPS school. Her motivation for participating in the bachelor’s completion program was simple. “I want[ed] to become a certified teacher and advance in my career [and] to be considered for this position, I needed to have at least a bachelor's degree. Boston Public Schools wants to help their employees learn and develop teachers,” she explains. “The BPS/Regis partnership played a significant role in my decision to apply to the college. I'm a paraprofessional and single mother on a limited budget, so the financial incentive was ideal for me.”

Born in England and raised in Boston, Skerritt considers the teachers she worked with to be role models but she has had an interest in the profession throughout her life. “My mother claims that I've always wanted to be a teacher,” Skerritt recalls. “She often reminisces when I tell others about my teaching career. She frequently tells stories about me coming home from school and acting out my day with my teddy bears as students.”

Her passion is early childhood education from infancy to third grade. Skerritt believes “That age range lays the groundwork for the rest of their academic careers. If I can be a part of their foundation by teaching them the knowledge they need to learn that will help them throughout the rest of their learning career, I will have done my job.”

Growing up in Boston, Sadiya Burdette “had a few amazing elementary teachers who inspired me to be invested in becoming a teacher myself.” She began her bachelor’s degree when her own children were very young but put her education on hold to raise them. When Burdette became a paraprofessional, it was her children and colleagues who encouraged her to pursue her education. She had been in her current position as a paraprofessional for ten years and finds “joy in providing 1:1 instructional and behavioral support to my students,” but “the financial aspect was a really big factor in making the decision to continue pursuing a career in education.” Burdette has put herself on a five year plan to complete her education and achieve her career goals.

“I trace my passion for teaching to my family, especially my mother,” says Jennifer Williams Abdal-Khallaq who was raised in Costa Rica where many family members still live. She grew up in a household of educators including her mother, aunt and cousins.

“Seeing how pleased and pessimistic every educator in my family depended on the day of the week made me curious,” she recalls, “so I started asking questions and realized that teaching is an art that comes with many rewards and challenges, which intrigued me.” Williams Abdal-Khallaq moved to Boston at the age of 19 hoping to continue with her education but had to put it on hold.

“Knowing that they had a program that will support not only my financial needs but also would allow me to complete the entire program online was a great incentive,” she explains.

All three BPS paraprofessionals took classes with Graduate Education Instructor Andrew DaCunha. Unlike courses intended for the classroom that had to pivot for the pandemic, his were designed to be online, so building a cohesive cohort was never a problem.

“In many ways,” DaCunha reflects, “our online component actually provided a lot of flexibility and individualized interaction between instructor and students. On many occasions we’d have one on one meetings to clarify content misconceptions, speak on detail about assignments, and students received constant targeted feedback on their coursework. Our frequent correspondence at all hours of the day allowed for flexible communication outside of the hours in their day jobs. Despite the fact that we were online, we knew the faces, voices, and stories of one another as a collective group.”

DaCunha noticed a number of similarities within the class. Many were born outside the U.S., some were parents and although they worked at different schools, they shared a BPS connection.

“In terms of their motivations,” he adds, “I strongly feel they ALL were extremely dedicated to the field of education, and had a passion to make a difference in the lives of their current and future students.”

“I have created incredible relationships with the members of the BPS cohort,” notes Williams Abdal-Khallaq, “and I’m proud to say that we have all enrolled in the Master’s program.”

“My cohort members provided excellent support,” Skerritt adds. “We have very similar backgrounds as paraprofessionals/ ABA paras, and mothers, and we aspire to a similar, if not the same, plan. We met through our courses and formed a bond as we continued to take classes together. We encouraged and supported one another, held Zoom sessions, and frequently communicated via group phone calls or text messages.”

And, Burdette reflects of her colleagues, “I was able to lean on them for emotional support; share moments of joy and moments of disappointment. They were my safe place when I felt like I could not keep up anymore. I am grateful to be part of a group of wonderful, intellectual, phenomenal women. We all have different experiences in our school setting. However, our aspirations are similar in the way that we want to be effective.”

The partnership between Boston Public Schools and Regis began as a conversation between the BPS capital development department and Priscilla Boerger, Chair of the Education Department at Regis. Under the arrangement, BPS paraprofessionals can take bachelor completion courses at $300 per credit in a flexible format so that they can pursue their goal to become classroom teachers.

Today, Regis has multiple partnerships with public schools to support teacher professional development and growth. As the inaugural BPS cohort sets off to new careers and graduate school, DaCunha is enthusiastic about the future of the Regis/BPS partnership. He sees a strong leadership team in the department of education at Regis “with ties to communities that will allow us to explore and maintain partnerships with community schools. As a team, we are reflective in bringing new ideas, hearing the needs of the districts, and making course modalities feasible for full time employees in the public schools who already have a ‘heavy plate’ between job duties, parenthood, coursework, outside obligations, etc…On a personal level, I look forward to being a small piece of the puzzle as these students achieve their career goals as educators.” 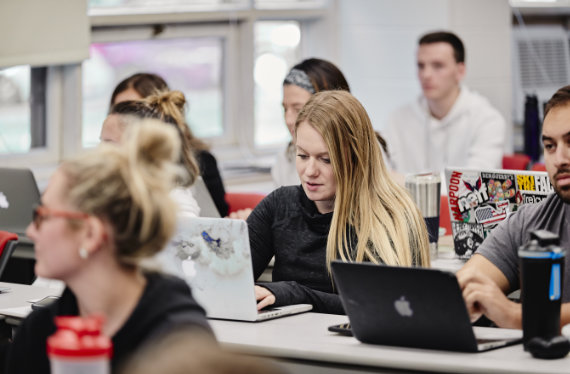 Should You Go Back to College? Three Considerations

Are you considering going back to school to obtain a bachelor’s degree? Here are three important factors you want to take into account beforehand. 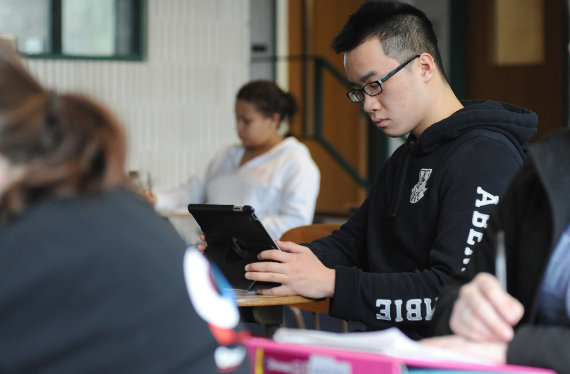 Thinking about finishing your bachelor’s degree? Here are six tips to make sure you choose the program that’s the best fit for you. 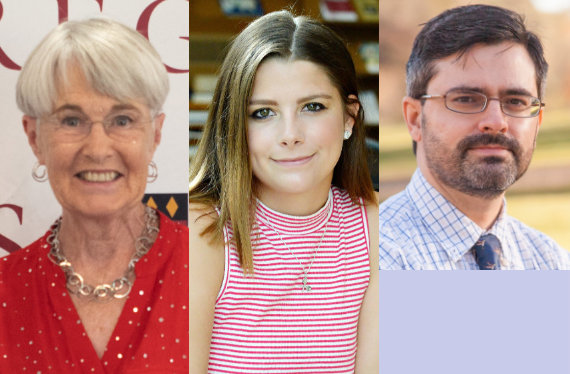 A Degree Just For You. For Now.

The one change participants would make in the Regis Professional MBA? Open it to the public.