Is a bachelor’s degree really still worth it?

Prospective college students and their parents have asked this question, on and off, for years. Usually, the question is spurred by some external factor: The rising cost of a college education, which significantly overtook inflation for the first time in the 1980s; the Great Recession of 2007-09; the student loan crisis of the 2010s.

Today, the question is again being asked by prospective students who wonder if it truly makes sense to pursue a college education in the midst of a global pandemic that has left millions of people unemployed.

“What’s been really interesting this year is that our 2020 graduates aren’t just getting jobs,” says Susan Kennedy, Director of Career Services at Regis College. “They’re getting great jobs. So in spite of what you’re reading and hearing, it’s important to recognize that there is an active hiring market going on right now, and that job market is increasingly looking for hires who hold a bachelor’s degree.”

Below, we take a look at the value of a bachelor’s degree in today’s job market and review the benefits of earning your undergraduate degree so that you can confidently make the important decisions regarding your career and education.

The Value of a Bachelor’s Degree

Often, when a prospective student asks about the value of a bachelor’s degree, it is through the lens of cost, especially if the student will need to borrow student loans to pay for their education. But while it’s always a good idea to think critically about a major financial decision—like the decision to borrow student loans—it’s also important to remember that earning a college degree is best viewed as an investment.

“A college degree is an investment in yourself and your future,” says Laura Bertonazzi, Dean of Undergraduate Enrollment and Retention at Regis College. “A financial aid student loan is one way to help you in the pursuit of this goal.”

It’s a sentiment that is echoed by Kennedy.

“I absolutely believe that investing in your education pays off,” says Kennedy. “We have seen numerous studies over the years, each of which projects how much more money you can earn over your lifetime with a college degree as opposed to without one.”

For just one example of the monetary benefits that can come from earning an undergraduate degree, we can turn to the US Bureau of Labor Statistics (BLS), which states that the average weekly salary for an individual who has earned their bachelor’s degree is approximately $1,248. Multiplied by 52 weeks, this translates into just under $65,000 a year.

What does this difference translate into over the course of a 40-year career? Even if we were to ignore the possibility of raises, cost of living adjustments, or promotions, the difference is staggering. After working for 40 years, the average bachelor’s degree holder will have earned approximately $2.6 million. That is more than $1 million more than the average high school graduate will earn.

Even with the cost of student loans factored in, earning a bachelor’s degree will, by and large, translate into significant reward for the average graduate.

Benefits of Earning a Bachelor’s Degree

Earning your bachelor’s degree brings a number of other benefits beyond increased earning potential, however.

Earning your bachelor’s degree also increases the likelihood that you will be considered by future employers for career advancement opportunities. An undergraduate degree is also an obvious prerequisite for earning a master’s degree or PhD, if you aspire to pursue a graduate education in the future.

Do you really need a bachelor’s degree in 2021?

While people have for years asked the question of whether a bachelor’s degree is worth the cost and effort that goes into earning it, that same question has taken on greater prominence today due to the COVID-19 pandemic.

With many colleges enacting strict social distancing guidelines for their on-campus students as well as shifting classes either partially or entirely online, many potential students are entertaining the idea waiting until things go back to “normal” before earning their degree. But for a number of reasons, this doesn’t appear to be a wise decision.

On the one hand, the coronavirus and subsequent lockdown has forced many businesses to reduce their workforce through layoffs and furloughs—collectively totaling millions of individuals who are currently without work. These individuals are competing for the same jobs that you are. Earning your bachelor’s degree will help you stand out from those who have only earned their high school diploma or associate’s degree, while also leveling the playing field between you and others who hold an undergraduate degree.

Similarly, it’s important to realize that, for many careers, a bachelor’s degree is now considered to be a requirement. This includes many fields in the sciences and in business, but also certain fields for which an associate’s degree may have previously been accepted.

“In many fields, a bachelor’s degree is now a requirement,” says Bertonazzi.

For example, while it may be technically possible to become a registered nurse by earning your associate’s degree from an accredited program, most hospitals now require that all new hires hold at least a bachelor’s degree in nursing.

Kennedy also points out that the realities of the COVID-19 pandemic have forced many employers to look for employees with certain skills, such as the ability to work remotely. Successfully earning your degree online or in a hybrid format shows that you are able to self-manage and remain effective even if you are not in a classroom (or office).

“Employers are also increasingly looking for candidates who can pivot,” says Kennedy. “One thing we've learned from COVID is that every day is truly a new day, and we've all had to make adjustments and changes that are not always easy to do.”

Completing your bachelor’s degree under such circumstances demonstrates your ability to remain flexible and adaptable in the workplace, and can make you an even more compelling hire for a business looking for those skills. 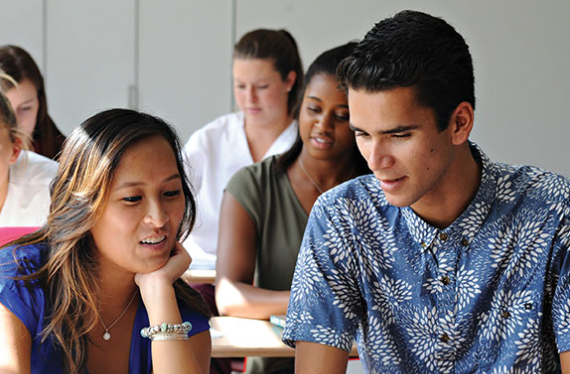 Are Student Loans Worth the Price? Four Benefits of Earning a Degree

Wondering if student loans are worth the cost? Here, we discuss the factors you should consider before taking out student loans to pay for college. 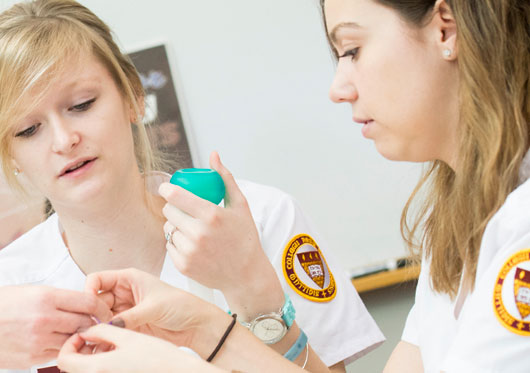 The Bachelor of Science in Nursing (BSN) degree is for students who want to make a difference for their patients through compassionate, patient-focused care. 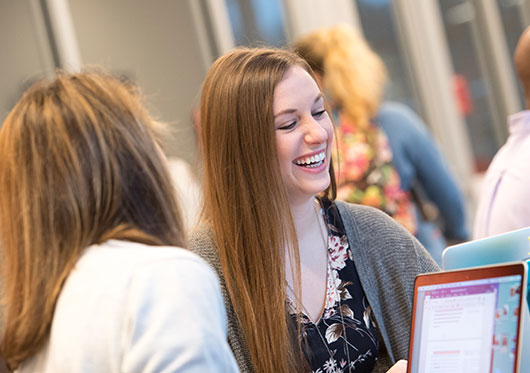 Thinking about switching schools? Here are four steps to transferring your college credits so you can complete your degree and advance your career. 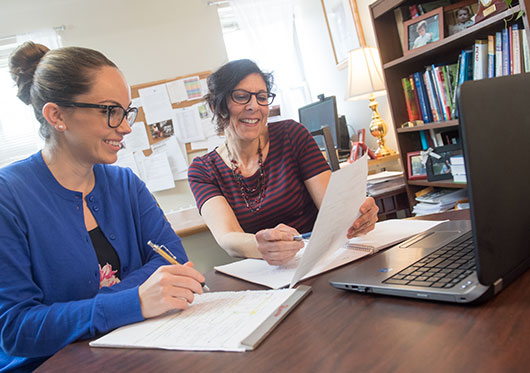 Interested in starting an impactful career? Here are Seven of the top public health careers in the Merrimack Valley and how you can get hired. 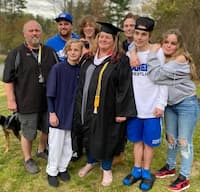 Are you interested in converting your associate’s degree into a full bachelor’s degree? See how these three Regis students made that dream a reality.