Putting his Faith in Education

Hernán Ramírez-Correa’s calling to help students from low-income families like his own. 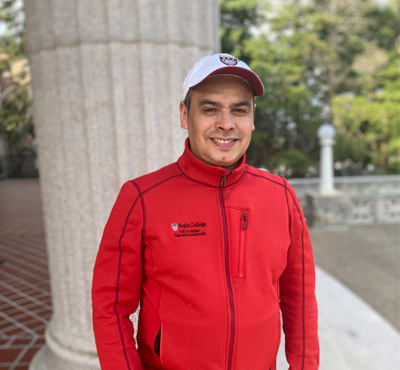 When the faculty for the Doctorate in Educational Leadership Program at Regis College was asked to recommend a student with a compelling professional and personal story, they unanimously suggested Hernán Ramírez-Correa (EdD ’23) who was raised in a low-income family from Santiago, Chile, before moving to the U.S..

Growing up, Hernán saw movies like Lord of the Rings, now one of his favorites, and American television shows like Friends in Spanish. Mostly, however, he and his father, a bus driver and mother, who studied psychology, watched movies about the bible. Hernán says that “Having faith has been a solid motivation to get involved in education.” He studied pedagogy at a private Catholic college, Universidad Silva Henriquez, in Santiago, worked for a few years, and returned for a master’s in education at the University of Chile.

Hernán also played music and read poetry at a restaurant where María Soledad (“Sole”) Del Villar Tagle used to go with her friends on Tuesday nights. “I loved not only the music he played but his poetry, which he shared with the public as he improvised the lyrics of his songs,” she recalls. “Listening to the lyrics, my first impression was that he was a sensitive and thoughtful person, concerned with the wellbeing of others, and a good sense of humor. And I loved that!”

When Sole and Hernán married and she received a scholarship to study theology at Boston College, he accepted the challenge of learning English, excited by the prospect of watching his favorite movies in their original language.

After two years of studying in Boston, he enrolled in the Regis EdD program in Higher Education Leadership. “It gave me all the tools to understand how important it is to support undergraduate students in higher education,” Hernán says. “I decided to contribute to motivating and supporting undergraduate students from low-income families to persevere in their careers in Chilean colleges.”

Recently, the Chilean government began offering a higher education scholarship for undergraduate students from low-income families, enabling students to study for free. Hernán acknowledged that “Even when I would like to have had this scholarship in the past, I am happy for the young students who have it now.”

Slightly more than half of the population in Chile is Catholic and many study at Catholic universities. Hernán’s dissertation is focused on “how to support undergraduate college students of pedagogy in English to thrive at college.” His motivation, he says, was to help college students in Chile, adding, “I am also interested in working with students from low-income families that study in colleges in the US, especially those who come from racial minorities in this country.”

Hernán seeks to promote student involvement—"the physical and phycological energy the students invest in academic activities.” He believes that “If the students understand why they are learning a particular subject, they will be more inspired and more likely to persist until the end.”

As Hernán completes his EdD at Regis and Sole pursues her PhD at B.C., they live in the dorms to work with undergraduates, and she serves as a Resident Minister.

Sole believes that “For Hernán, receiving a good education was vital, as it helped him find a life path, opening his world to new opportunities… he admired many of his teachers and saw in his own story how a college education could expand your professional opportunities and open your mind to new ideas and ways of thinking. I think he chose education because he knows that it broadens the life opportunities for young people and equips them with tools to have a fruitful and meaningful life.” 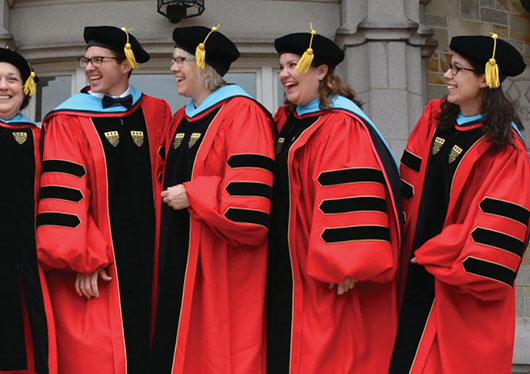 The EdD program educates leaders who understand the complex landscape of secondary and higher education, and who can address problems of practice.