Top Reasons to Go to College in New England

Whether you are a soon-to-be high school graduate, an undergraduate considering the next step in your career, or anyone in between, the decision to go to college is an exciting one, and one that deserves to be celebrated!

But it also means that you’ve got another decision to make. In addition to choosing a particular field of study, you’ll need to decide where you want to go to college—both the specific college or university you will attend, as well as the particular state or region you wish to study in.

Which geographical region a student chooses to study in is typically something that gets very little consideration compared to other factors, but the truth is that it can have a major impact on the course of your education and career.

Below is a look at the factors you should consider when deciding where to go to college, as well as an overview of the main benefits that come from attending college in New England.

Factors to Consider When Choosing Where to Study

As noted above, there are many factors that you should consider before deciding where you will go to college. Below is a list of questions that you can ask yourself to begin understanding these factors:

If you already know that you would like to study a particular subject area, then that is one way to quickly narrow your list of potential schools.

Because not all colleges offer the same programs or majors, knowing your field of study means that you can quickly eliminate options that don’t align with your goals. While certain majors will be offered by colleges across the country, it’s important to note that certain degrees may only be available in particular regions.

For example, students who wish to pursue a degree in marine biology will likely be limited to colleges that are located near a large body of water.

If you have always wanted to live in or work in a particular part of the country, earning a degree from a college or university in that region can be helpful.

Why? Because employers in the area are more likely to be familiar with local colleges and universities compared to schools from outside the region. This name recognition can potentially help you get your foot in the door at an employer more easily than if you were to attend a similar university located in a different region.

This is not to say that employers will not accept applicants who earn their college degrees from a college located elsewhere in the country. They certainly will, and often do. But in some cases, it can be a determining factor.

Additionally, colleges and universities that are located close to particular employers will often have relationships with those employers—relationships that students may be able to leverage to land co-ops or internships.

Benefits of Going to College in New England

If you’re specifically considering going to college in New England, the good news is that doing so will bring a lot of potential benefits. Below are four of the main benefits you should be aware of as you finalize your decision.

1. A Wide Variety of Options

“I think the choice and the amount of colleges and universities in New England alone is a real attraction,” says Victoria Rosa, director of undergraduate admission at Regis College.

In fact, New England offers so many colleges and universities to choose from that, depending on your personal preferences, you have the option to explore small suburban schools or large schools in the city and everything in between.

For example, Regis College is unique in the fact that, while it is close to Boston, the school is still outside city limits. This gives students the best of both worlds: The ability to study in a small suburban city as well as the ability to work in and enjoy everything that Boston has to offer.

New England is home to a range of major cities, including Boston, Providence, Hartford, New Haven, and others. The region is also comparatively close to New York City. This means that students who attend college in New England have a relatively high concentration of employers, including some very well-known names. And because many of these employers turn to local colleges to source interns, this means that attending college in New England can be an excellent way of growing your professional network.

Rosa notes that in Massachusetts, this is especially true for individuals interested in pursuing various healthcare and health sciences degrees.

“In healthcare and in the medical field, Massachusetts—even more specifically, Boston—is known as a hub of healthcare,” says Rosa. “I see that being a real advantage to students looking to pursue those fields in particular. A lot of times the clinical work or the internships that you're doing during your time in school builds relationships that could potentially lead to employment after graduation. The opportunities that exist in New England compared to some other areas could be really beneficial for students to start to build those relationships early on.”

At the same time, she notes that Boston has rapidly become a technology and business hub in recent years as well.

“Our proximity to Boston is huge for all of our students, extending well beyond just healthcare in particular,” she says. “Being so close to Boston, students have countless opportunities.”

Another important factor, according to Rosa, is the fact that colleges and universities in New England are held to very high academic standards. This is especially true for certain fields of study, such as those in the healthcare space (including nursing, dental hygiene, sonography, etc.) which are held to very high standards for accreditation.

“At the high school level [in New England], there’s a little bit more of a competitive edge than in some other regions,” says Rosa. “This inevitably means the students applying to these institutions are going to be a little bit more competitive as well, which translates into a higher quality of education.”

4. There’s Something for Everyone

Because there are so many institutions of higher education in New England, there truly is an option for everyone, allowing students to find the perfect school for their unique interests and needs.

According to the NEBHE study referenced above, New England has colleges and universities ranging from fewer than 50 enrolled students to more than 40,000, offering multiple different college experiences depending on what you’re specifically looking for.

In addition to the standard public and private institutions that students can find anywhere, New England is also well-known for its liberal arts colleges, as well as schools that are known for a particular subject area. As just one example, Regis College is well known for its nursing and healthcare-related programs.

Making the Right Decision for Your Future

Ultimately, where you choose to go to school will be a personal decision based off of your unique interests, goals, and desires. But while many students dedicate a lot of their energy and consideration to a particular school, it’s also important to think about how the region itself will impact your studies.

Rosa offers one final piece of advice to prospective students by reinforcing the importance of thinking beyond just academics when choosing a college.

“It's not just about your academics and extracurriculars, but how students grow spiritually, socially, emotionally and of course academically,” she says. “At Regis College, we’re proud to say that we put an emphasis on the development of the whole person.” 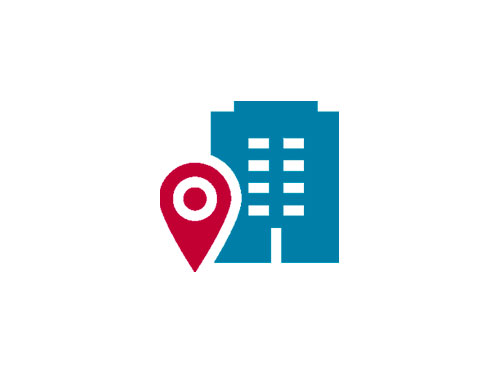 Admission has moved virtual. Learn about our undergraduate and graduate programs through online information sessions or take our 360° virtual tour.

Are Student Loans Worth the Price? 4 Benefits of Earning a Degree

Wondering if student loans are worth the cost? Here, we discuss the factors you should consider before taking out student loans to pay for college.

Paying for College: 5 Resources to Help You Afford College

Explore a number of different resources available to help you pay for college so that you can make an informed decision about financing your education.